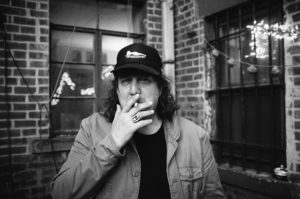 Drivin’ N Cryin’ is a rock n roll band originating from the deep south of Atlanta in 1985. Rooted in punk rock and folk, rock n roll angst seasoned with southern rock anthemic melody, Drivin’ N Cryin’ is truly unlike anything else. Singer song-writer, Kevn Kinney’s, poetic lyricism creates dynamic story telling at a big rock show. The band is releasing a new album filled with never-before recorded songs and original versions of their classic songs from 1988 to 1990. The album is titled Archives vol. One and will be released this December 2016 through Plowboy Records. Having been together for nearly thirty two years, Drivin’ N Cryin’ has had moments of fame and notoriety, such as being inducted into the Georgia Music Hall of Fame in 2015. With multiple albums under their belt and many songs recorded, Drivin’ N Cryin’ continues to tour the United States, with an upcoming UK and Netherlands tour this fall. This is an album for fans of the Atlanta group wanting to hear all of those coveted songs and cuts or anyone would who would appreciate this bands catchy yet truly unique sound. A record of “lost songs” if you will. Lead singer, founding member, and writer for the band, Kevn Kinney gives you a taste of what this album has to offer with a poem that he believes incapsulates what this release is all about…

From mountains to canyons

Cassette decks on the dashboard

Fame is just over the next mountain

And around the next curve

This collection of songs shows a young band, and their obvious influence of Dylan on the dashboard

Replacements and Ravi Shankar in que

We had a lot of spirit

We had a million ideas

We just love to play music

Songs of first drafts that would later blossom musically and lyrically

“Highway 316”, an obvious Dylan rip off about a highway between Atlanta and Athens

And the original version of wrapped in sky, entitled: ”Rapt in sky”

Co-written by Peter Buck on the McDougall blues Tour

Upon our return from our first trip to Amsterdam, we wrote a song called “Good Times Cafe”

Tim produced this on his four track cassette recorder

It appears here for the first time!!

I hope you can enjoy this first installment of the archives

Wake up and you’ll be there”